Can you feel the breeze in the air? Has your island’s foliage already begun turning shades of orange? Fall has come to the Animal Crossing: New Horizons game, with acorns and pine cones falling from trees, waiting to be used for DIY recipes. But there’s more content on the way! On Sept. 30, a free update* is coming to the Animal Crossing: New Horizons game for the Nintendo Switch system that adds some spooky touches to the season, with Halloween costumes, character customization options, DIY projects and festivities. 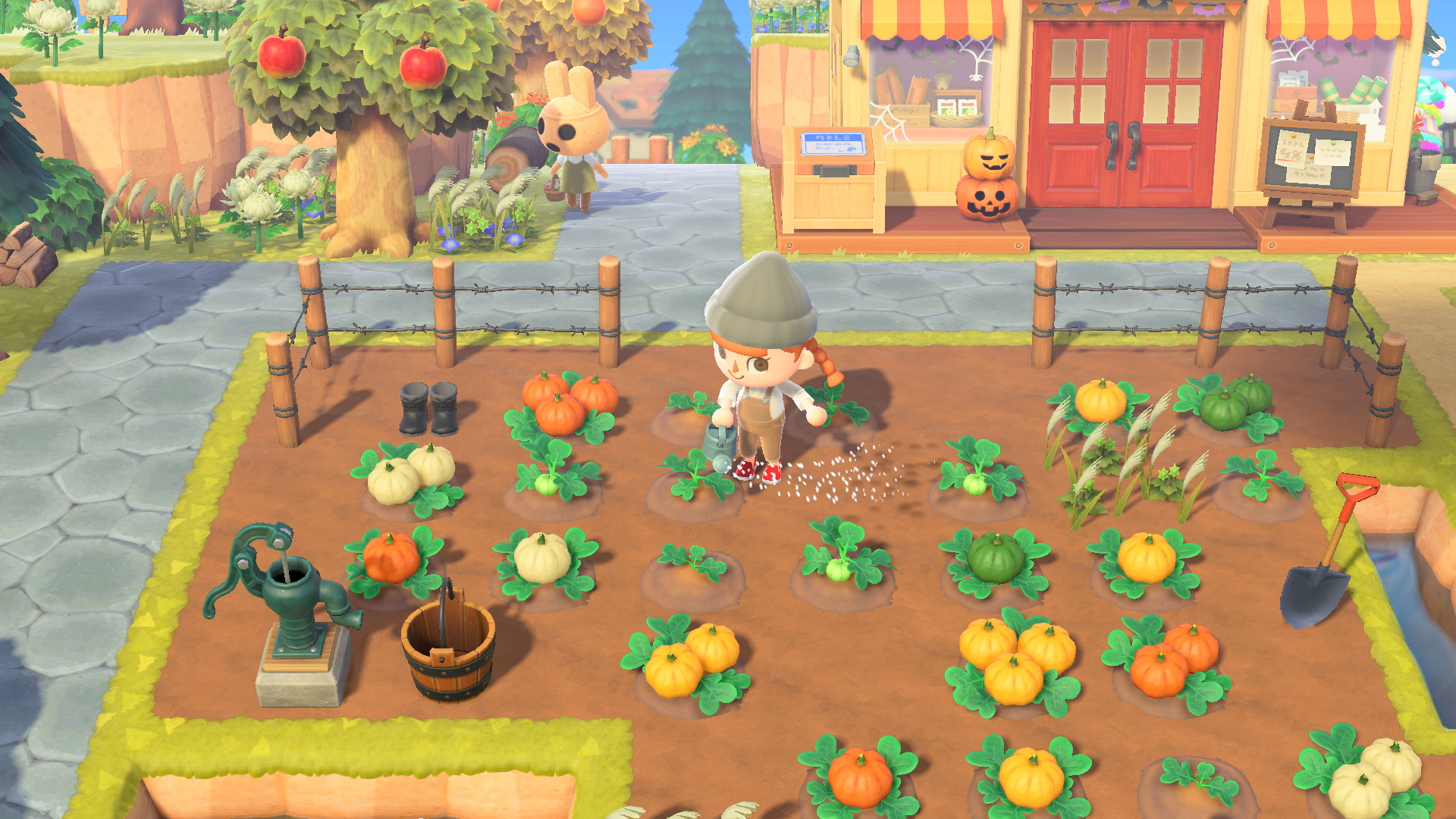 In November, Animal Crossing amiibo Cards Series 1-4 will be returning to select retailers at a suggested retail price of $5.99 per pack. Animal Crossing: New Horizons supports amiibo cards from the Animal Crossing series, which will allow you to invite characters to live on the island, among other features.

Read on for a rundown of the new features the free update will add to Animal Crossing: New Horizons beginning Sept. 30:

For players that have yet to create their personal island paradise in Animal Crossing: New Horizons, now is a great time to get started, Players who enjoyed their islands during the spring and summer will find new ways to play when they experience the new festive activities that fall has to offer.”

Growing Pumpkins – Deck out your home and island for all your awesome autumnal occasions by first purchasing pumpkin starts in-game from Leif year-round or from Nook’s Cranny during October. Once your pumpkins are grown, they can be harvested and put to use in pumpkin-based DIY projects.

Prepare for Halloween – Pumpkins are just the beginning of the Halloween-themed festivities coming to your island. With the big day just around the corner, you can start stocking up on candy early. Find your style for Halloween night by purchasing costumes, like a mage’s dress, at the Able Sisters shop during the month of October. You can even procure body paint and colored eye contacts by exchanging Nook Miles. You'll also be able to learn Halloween DIY projects from your fellow residents. On Halloween night, your neighbors will be getting in the holiday spirit with costumes of their own. 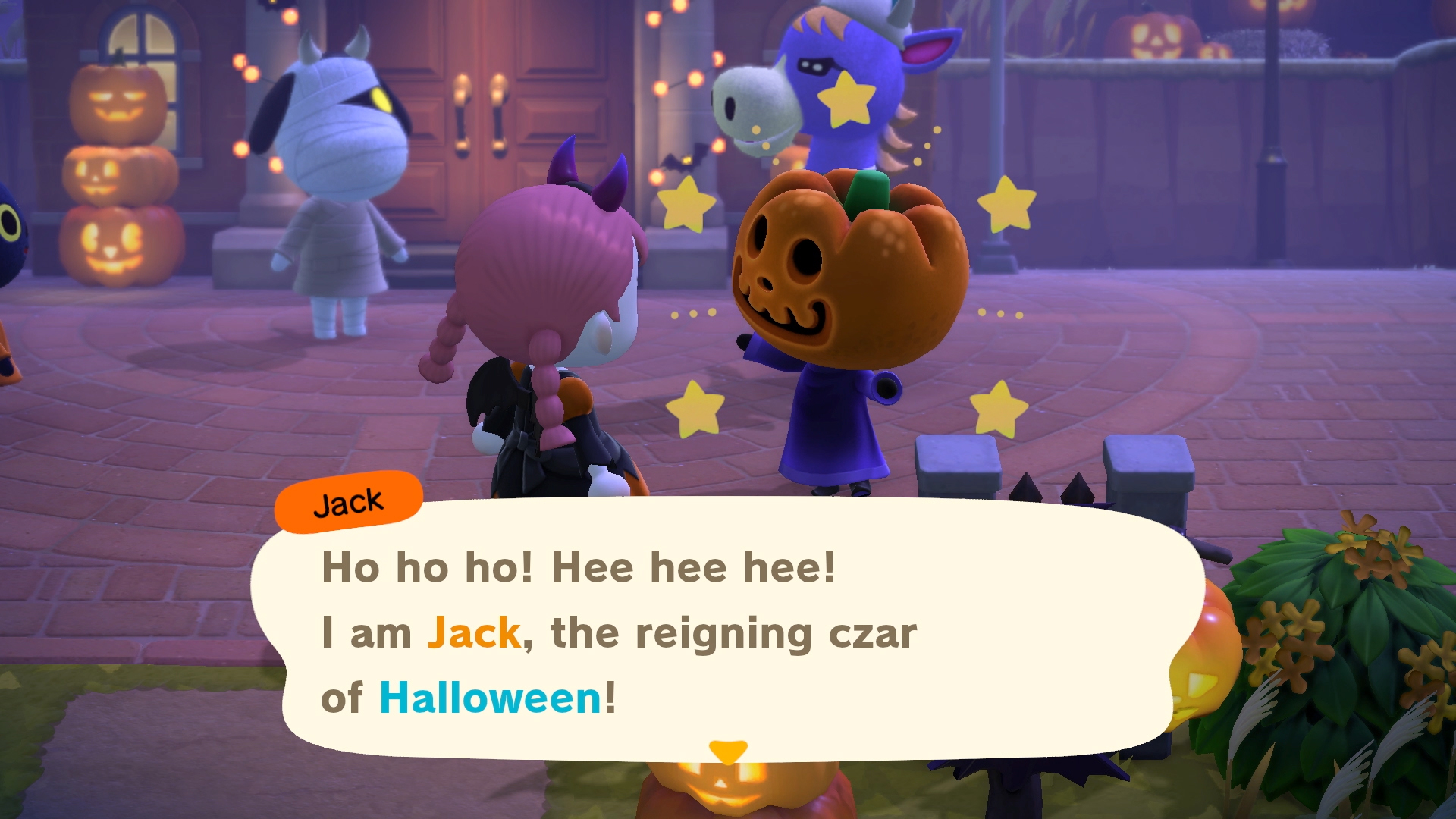 Halloween Night Celebrations – When Halloween night arrives on Oct. 31, after 5 p.m., neighbors will gather in the plaza, which will be adorned with an array of Halloween decorations. You’ll also receive a visit from a mysterious guest, Jack, the “czar of Halloween.” By giving Jack lollipops and candy, you’ll earn spooky in-game rewards. Be sure to save some candy for your neighbors, too, or you might get pranked! Luckily, you can learn a couple of new Reactions to properly express your feelings of fear.

Revisiting Dreams – The ability to take a nap and visit other islands within dreams was introduced this summer. Now, you'll be able to easily revisit dreams from a list, making it even easier to visit some of your favorite islands.

NookLink App Update – The NookLink Service in the Nintendo Switch Online smartphone app is also receiving an update in early October. With the update, you’ll be able to use your smart device to perform Reactions in the game. How about trying it out for this occasion to let your island visitors know exactly how you feel about their mischievous tricks and treats?