A few days before the release of Tennis World Tour 2, NACON and Big Ant Studios are pleased to reveal the 38 tennis players available in game. The tennis simulation will launch September 24 on PlayStation®4, Xbox One and PC, and October 15 on Nintendo SwitchTM. 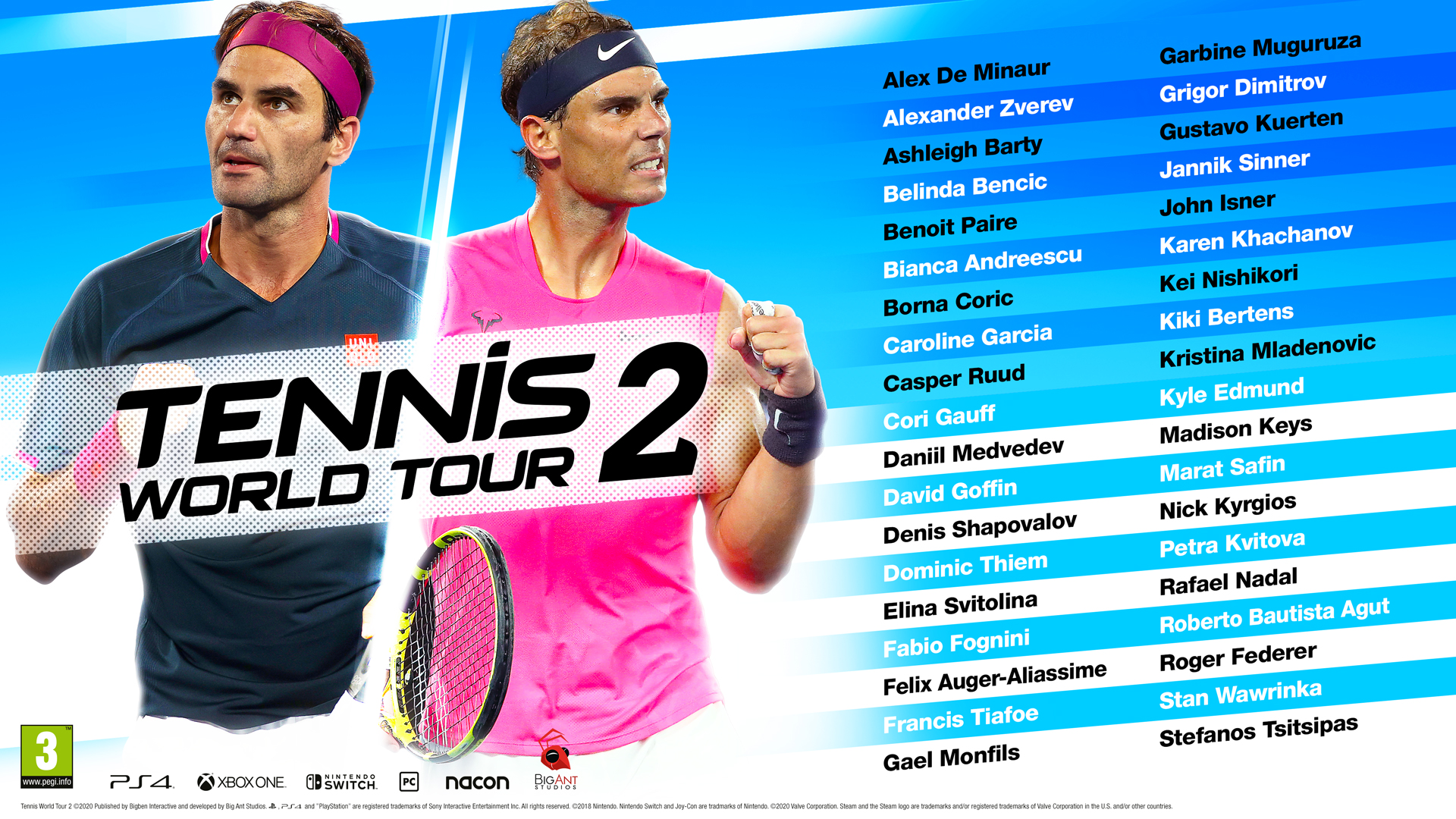 Tennis World Tour 2 lets you play as the greatest champions in the world of tennis. From Rafael Nadal to Ashleigh Barty, Roger Federer and "legends" such as Marat Safin and Gustavo Kuerten (available with pre-orders of the game), Tennis World Tour 2 offers an impressive list of players.

With more realistic gameplay and the chance to play as the biggest tennis stars in world-famous competitions, Tennis World Tour 2 is a simulation made to please both tennis fans and demanding gamers.

Tennis World Tour 2 will offer the most comprehensive experience:

Highly anticipated new features: the ability to play doubles matches with up to 4 players locally and online, a competitive mode, an improved serve system and a new shot timing mechanic

Several official courts: Manolo Santana of the Mutua Madrid Open, the OWL ARENA of Halle or the 3 courts of Roland-Garros: Philippe-Chatrier, Suzanne-Lenglen and Simonne-Mathieu.