The fifth free title update for the acclaimed Monster Hunter World: Iceborne expansion arrives today for the PlayStation®4 computer entertainment system, Xbox One, and Steam. This update brings players back to the Old World to face off the mysterious legendary Black Dragon Fatalis. The Iceborne team’s “Final Stand” developer update video also provided details on other content that arrives in this latest title update, including Arch-Tempered Velkhana, the seasonal Fun Fright Festival, and more. 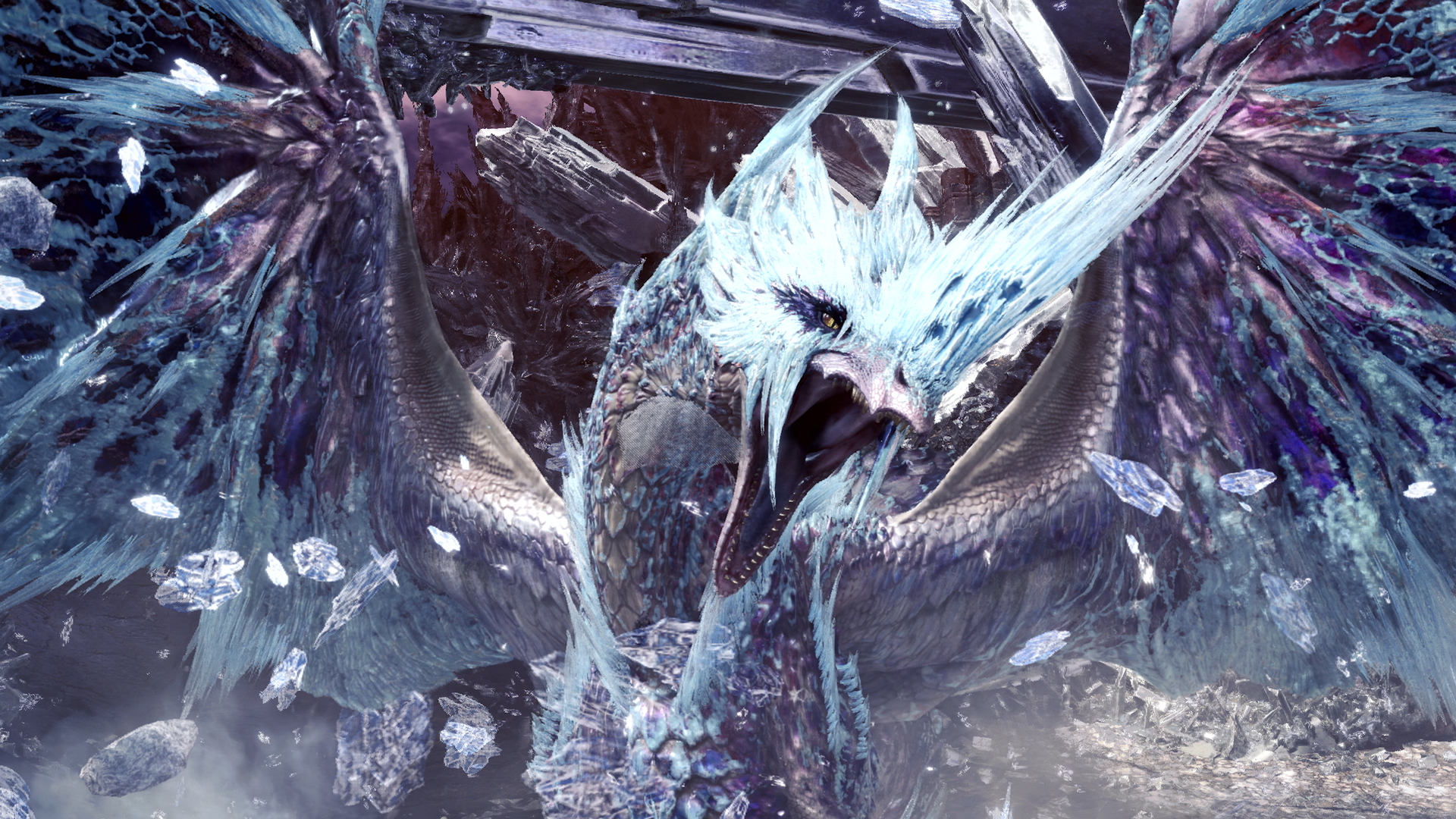 There is no record of where the Black Dragon Fatalis came from - or what connection it has to the blighted Castle Schrade that was destroyed in a calamity known only to legend. After previous squads have failed to return from the castle, the Guild has dispatched the General to enlist the aid of the Research Commission to investigate the area. Hunters of the Fifth Fleet bold enough to accept the assignment should prepare for a battle that will make history, and to be rewarded with top-tier armor, weapons and Palico gear to match.

Hunters not frozen in fear will also be able to contend with the chilling assault of Arch-Tempered Velkhana as part of a limited-time event quest arriving on October 16. This more powerful form of the flagship Elder Dragon packs a tempest of frigid attacks for Hunters to contend with, or end up buried beneath the avalanche of blows. This hunt provides the materials necessary to forge advanced Palico gear, weapons, and armors featuring new set bonus skills.

Starting October 16 through November 5, Seliana’s Lunar Terrace will be decorated like a graveyard bash for the new seasonal Fun Fright Festival. The whole Gathering Hub is also looking to join in on the monster mash, with tricks and treats such as a new spectral Poogie costume, monstrous seasonal Palico gear, a paid seasonal Handler costume, a new snowman design, and a teeth-rotting selection of sweets at the canteen. Hunters looking to scare up some fun can redeem tickets from log-in bonuses, seasonal bounties and event quests to obtain the new Demonlord α+ armor, and new layered armor such as the Skull Scarf, Kadachi Scarf, and more. 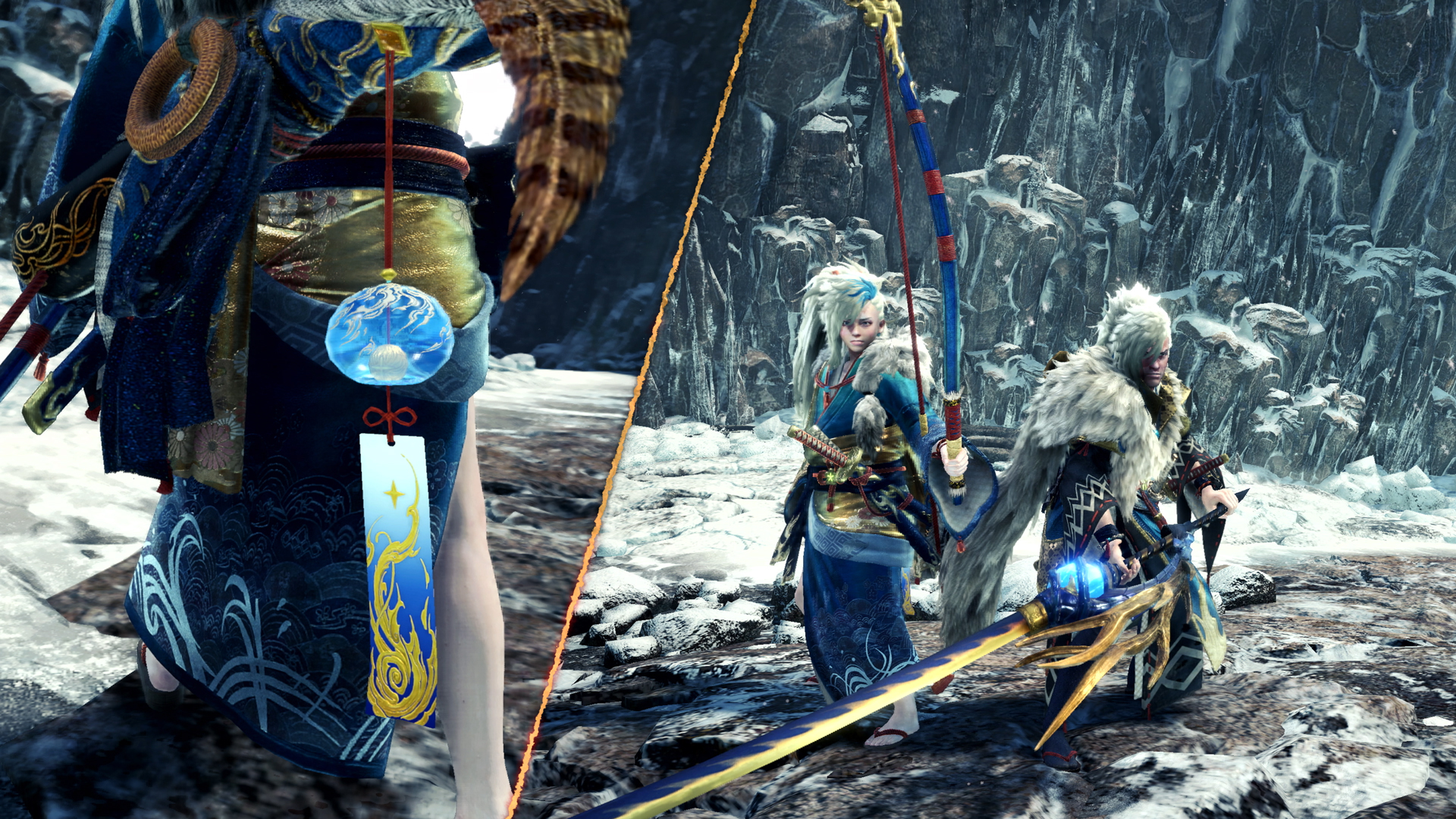 Hunters looking to get the most out of the Clutch Claw can now equip the new Clutch Claw Boost skill which allows them to wound monster parts more easily and create more frequent slinger ammo drops. Additionally, new melding options have been added including an expanded list of decorations to craft and the ability to upgrade charms. Ardent fashion hunters will now be able to craft Layered Armor of any set in the game, ensuring they are well dressed no matter the occasion. This update also includes another batch of whimsical new pendant designs, and new paid DLC for Your Room featuring giant skulls and bones. Finally, those interested in showcasing their progress throughout a year of Iceborne can choose from a number of new Squad Card and Guild Card designs to display their Hunter’s achievements.