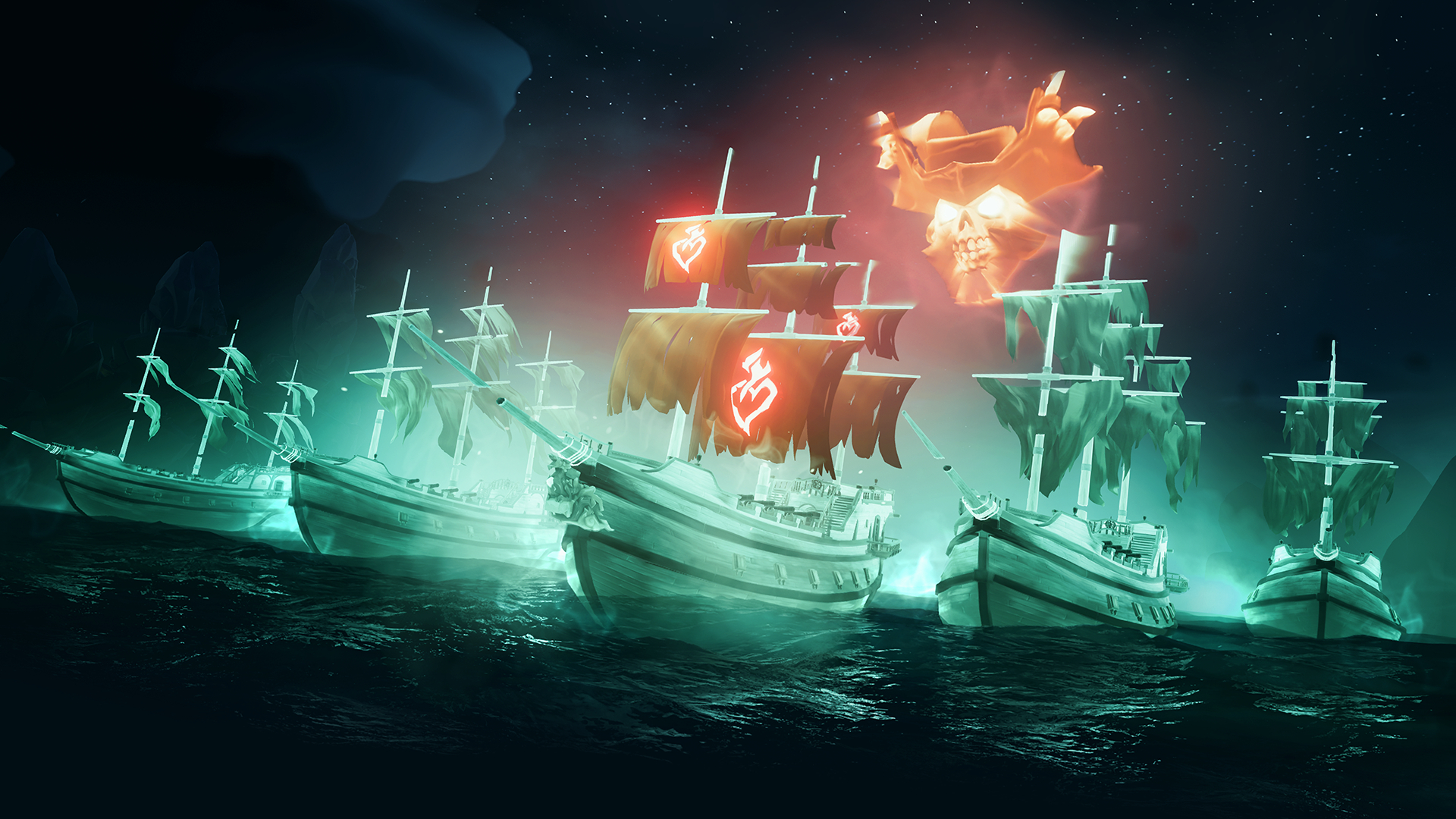 Prepare for a supernatural encounter on the Sea of Thieves this month as that re-emerging tyrant, Captain Flameheart, makes a new bid for control of the waves! Sea of Thieves free June monthly update Haunted Shores is available now for all Sea of Thieves players across Xbox One, Windows 10 PC, Steam and with Xbox Game Pass, bringing with it an armada of spectral surprises. 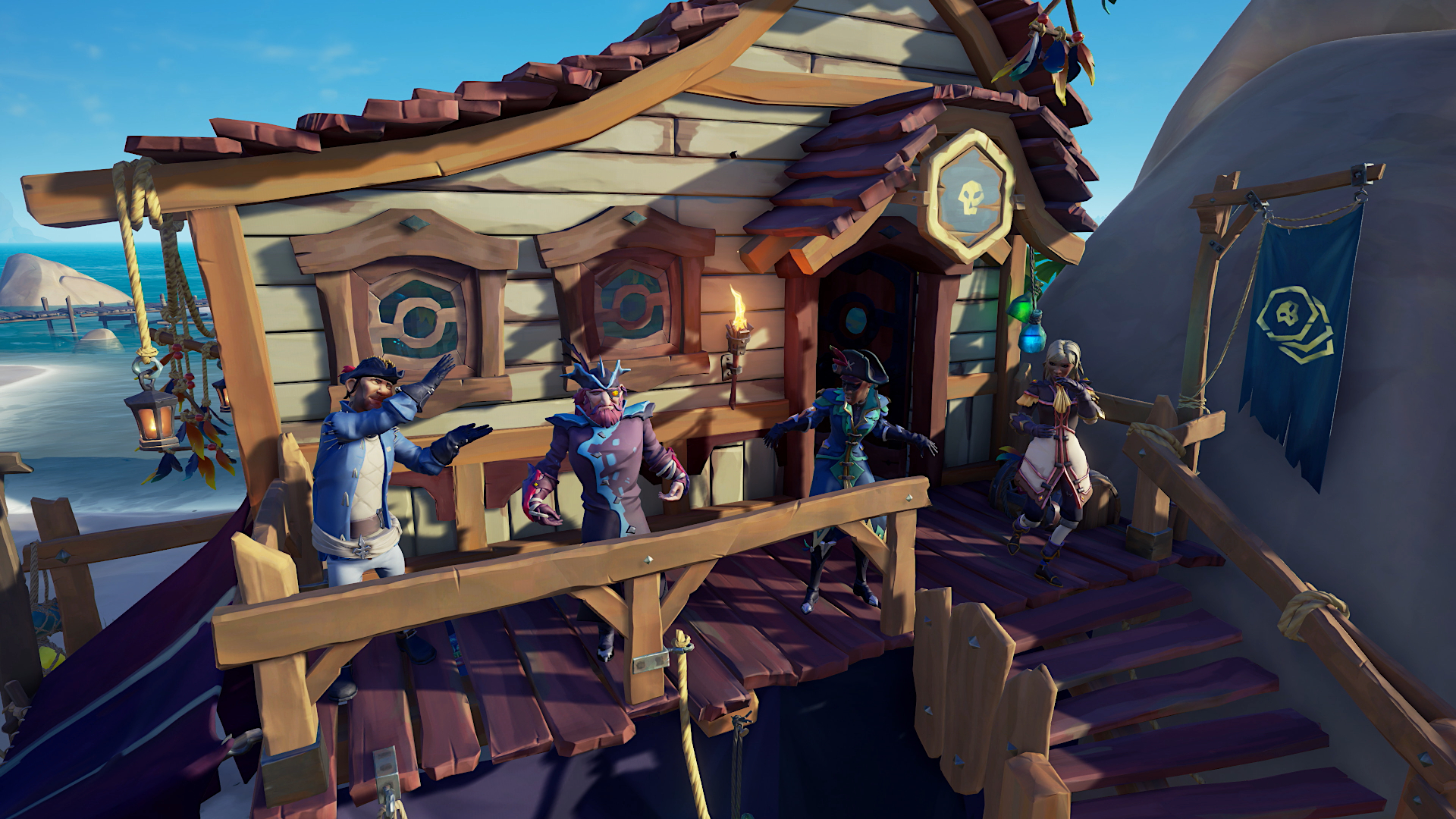 Being added in is a completely  new type of encounter this month Captain Flameheart's spirit, recently released from captivity, continues to grow in power and has now found a way to rally supernatural support from the Sea of the Damned! His Ghost Ships are the latest threat to reach these seas, and though their phantom forms may be easier to destroy than earthly ships, they're heavily armed and sure to outnumber living pirates.

Crewed by lost souls, these swift fleets provide a twist on the usual challenges of ship combat as they attack with otherworldly weaponry and drop mines to catch the unwary. As danger lies in all directions and the ships themselves prove perilous to the touch, agility and crew communication will be just as important as combat skill!

The centerpiece of this update is an emergent event featuring Captain Flameheart's own ship, the Burning Blade. With the arrival of Haunted Shores, Flameheart's looming skull will now manifest over islands like the clouds that represent Skeleton Forts or Skeleton Ship battles. However, this particular sign means that the Burning Blade and an armada of Ghost Ships has appeared around an island, as if searching the Sea of Thieves for something... 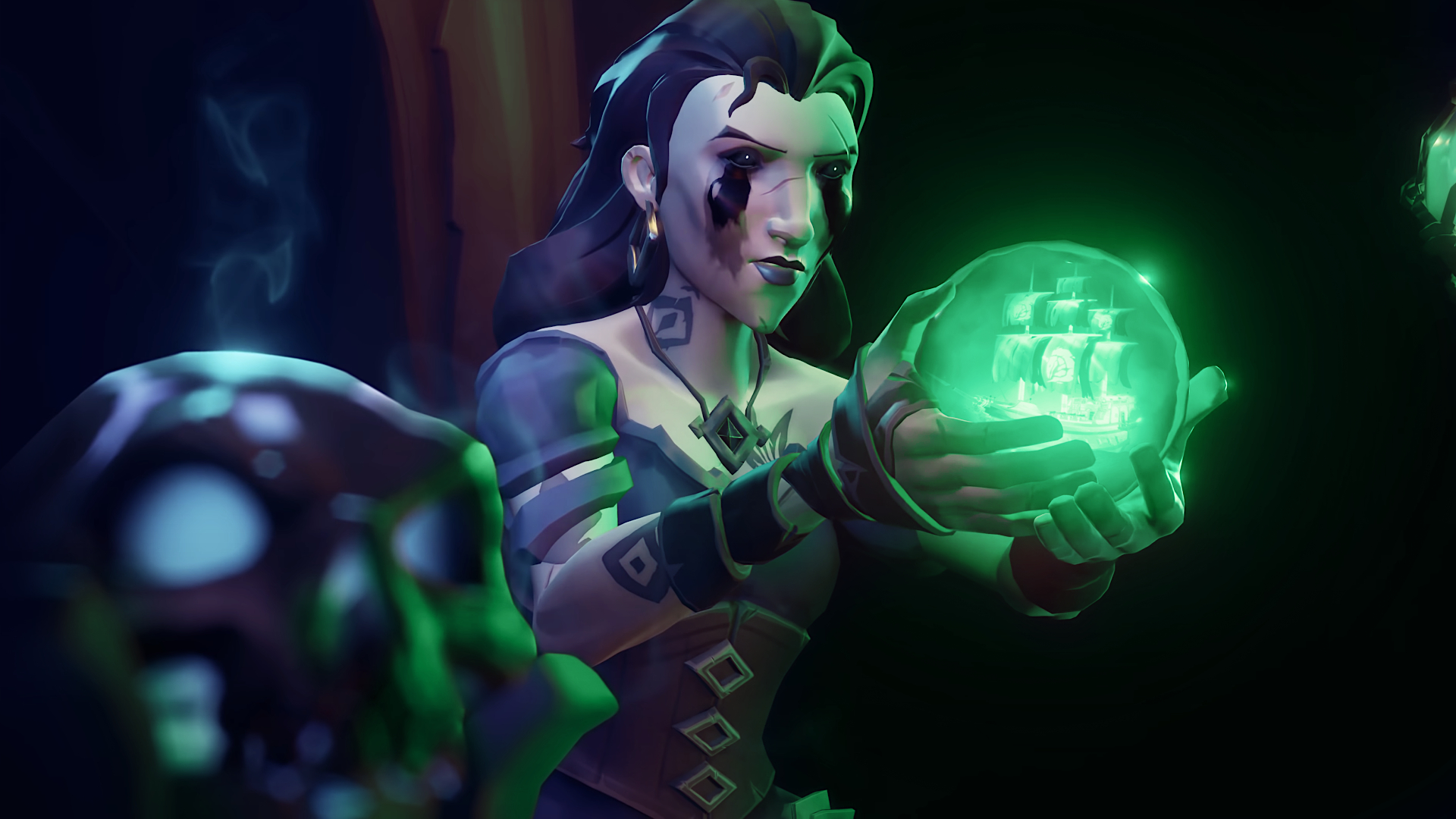 Ghost Ships won't be fading away after this month's big event – they're a permanent addition to the game, providing a new way for players to gain gold and reputation with the Order of Souls alongside their usual Skeleton Bounties. Players can accept these Voyages right now from Order of Souls representatives or from Duke in the nearest tavern.

There's even more to do this month thanks to a refresh of Daily Bounties and other events, all trackable via the Events Hub. Expect a new playlist of Bounties offering bonus gold and Doubloons for completing in-game tasks, plus special time-limited events such as The Hunter's Call, that will boost rewards for deliveries of cooked meat from sharks and Megalodons, so if anyone falls overboard during a battle with the phantom fleets, they might consider pulling their weight in the shark-hunting stakes instead.

The shanty system also gets a boost in Haunted Shores as instrument-wielding pirates can now use the menus to jump straight to a favourite tune. Better yet, the range of shanties has grown with several new songs for you and your crew to belt out on deck, on shore or in the tavern, including fan favorites such as 'Maiden Voyage' and 'We Shall Sail Together'!

Last but not least, the Pirate Emporium enjoys its usual monthly update, ushering in the appropriately undead-themed Blighted Ship Set for fans of State of Decay. You'll also find some pets that have been transformed into living treasures by the Gold Curse, a range of new outfits for your furry or feathery sidekicks and even animal-themed pirate dance emotes for players who want to laugh in the face of Flameheart's threats.

Enjoy exploring all these additions alongside this month's hair-raising headline challenge – one that's sure to create some surprises between players once they pick up some of those hard-hitting supernatural cannonballs!