Upgrade to Next Gen and New Hero, Story, and Villain Coming at No Additional Cost

Today, SQUARE ENIX LTD announced that Marvel’s Avengers launches on the PlayStation 5 and Xbox Series X|S consoles on March 18, 2021 alongside the second new playable Super Hero for the game: Clint Barton, also known as Hawkeye, the unmatched archer with unerring precision. Players who own the PlayStation 4 or Xbox One version of the game can upgrade to the full next-gen version at no additional cost* and transfer their save game to keep their progress. 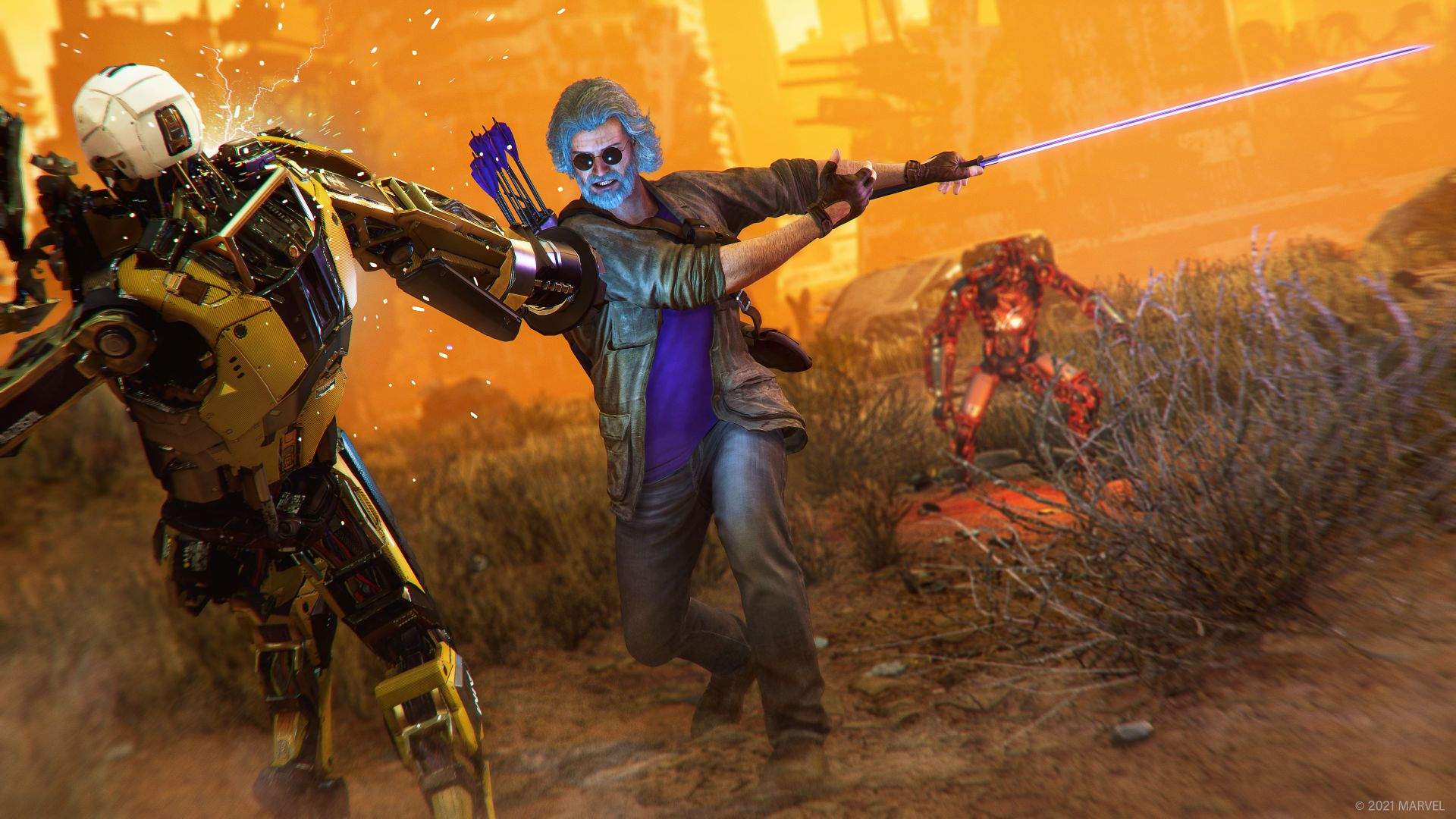 Clint Barton will bring his unique talents to the game’s roster as part of Marvel’s Avengers Operation: Hawkeye – Future Imperfect at no cost to owners of the core game on all platforms. In addition to a new playable Super Hero and the new chapter in the game’s ongoing Avengers Initiative story, Marvel’s Avengers Operation: Hawkeye – Future Imperfect also introduces a powerful new villain: Maestro, a version of Hulk with Bruce Banner’s brains and the Hulk’s strengths and abilities, now driven mad in an apocalyptic future.

Future Imperfect’s story picks up in the wake of Clint Barton’s protégé Kate Bishop’s Operation, Taking AIM and can be played solo or with up to three friends to deliver the ultimate Super Hero experience. Players will learn more about Hawkeye’s quest to find Nick Fury, leader of SHIELD, who he believed could help stop the rise of AIM. What he uncovered instead was a dangerous new weapon being built by Scientist Supreme Monica Rappaccini that could change the fate of humanity. Along the way, Clint finds himself wrapped up in a time-bending experiment, journeying to a future Earth destroyed by cosmic forces and inhabited by Maestro, an older, twisted version of Hulk who is as smart as he is strong.

The lead-up to Future Imperfect began with Marvel’s Avengers Operation: Kate Bishop – Taking AIM, which launched on December 8, 2020. In Taking AIM, Kate Bishop, master archer and skilled gymnast, resurfaced after her investigation of Nick Fury’s disappearance following A-Day led to Hawkeye going missing as well. As she unravelled the mystery behind the sudden appearance of time-warping Tachyon Rifts, she uncovered a twisted new plan from AIM, which pushed her to work with the Avengers once again. 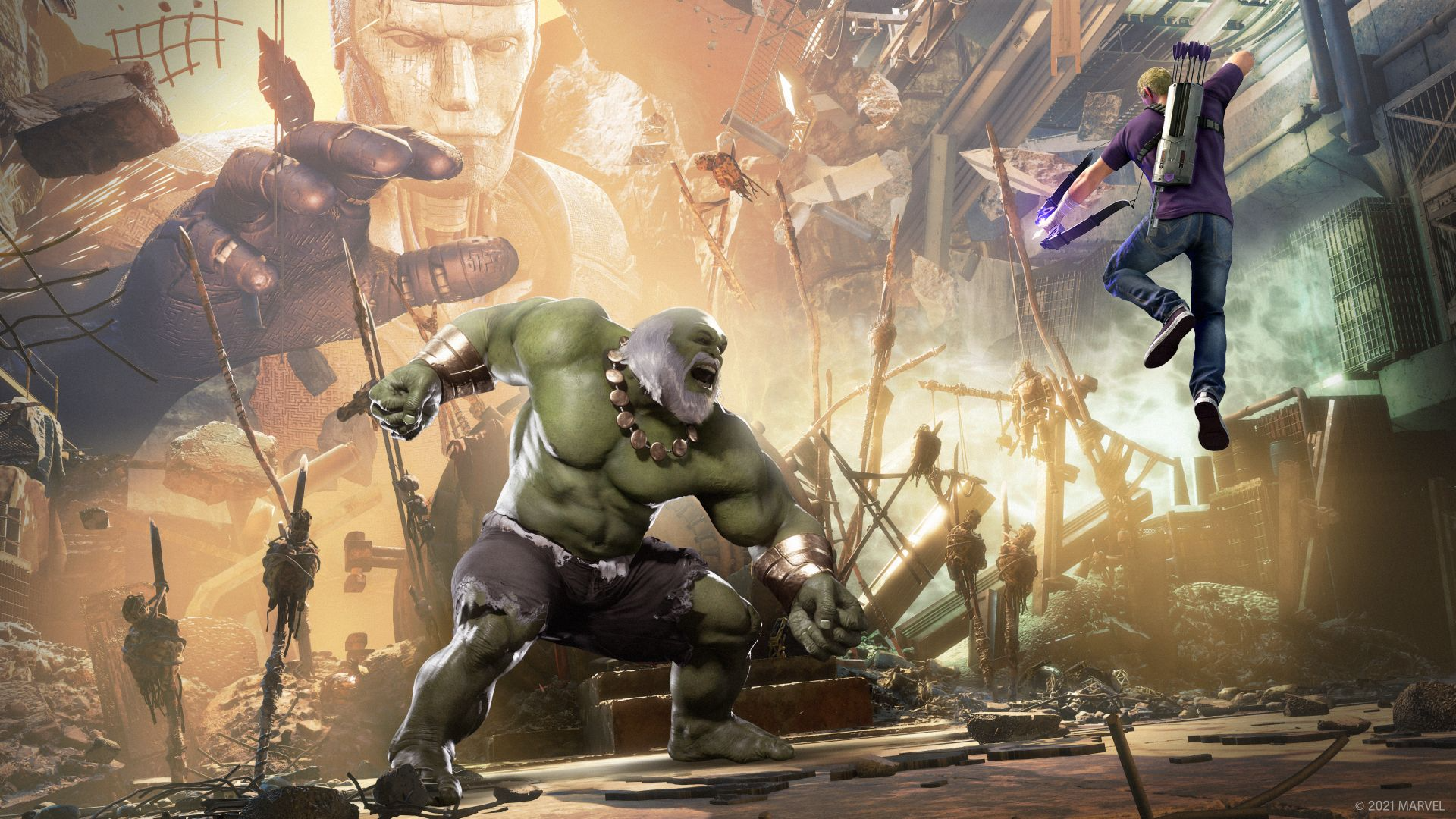 About Marvel’s Avengers on PlayStation 5 & Xbox Series X|S The PlayStation 5 and Xbox Series X|S version of Marvel’s Avengers offers higher framerates and enhanced visuals compared to current generation of consoles at up to 4K resolution on PlayStation 5 and Xbox Series X and 1440p for Xbox Series S. The game utilizes the consoles’ built-in SSD for dramatically faster loading and streaming times and takes advantage of their graphics power and memory to deliver higher-resolution textures, farther draw distances for high-resolution models, improved heroics and armour destruction, and other enhancements that leverage the full might of these new consoles to make gamers truly feel like a Super Hero. Players who transfer their profiles and save games to next-gen consoles continue the action right where they left off. In addition, cross-gen play is supported so PS5™ connect and play with their friends on PS4™ and Xbox Series X|S players can connect with their friends on Xbox One.