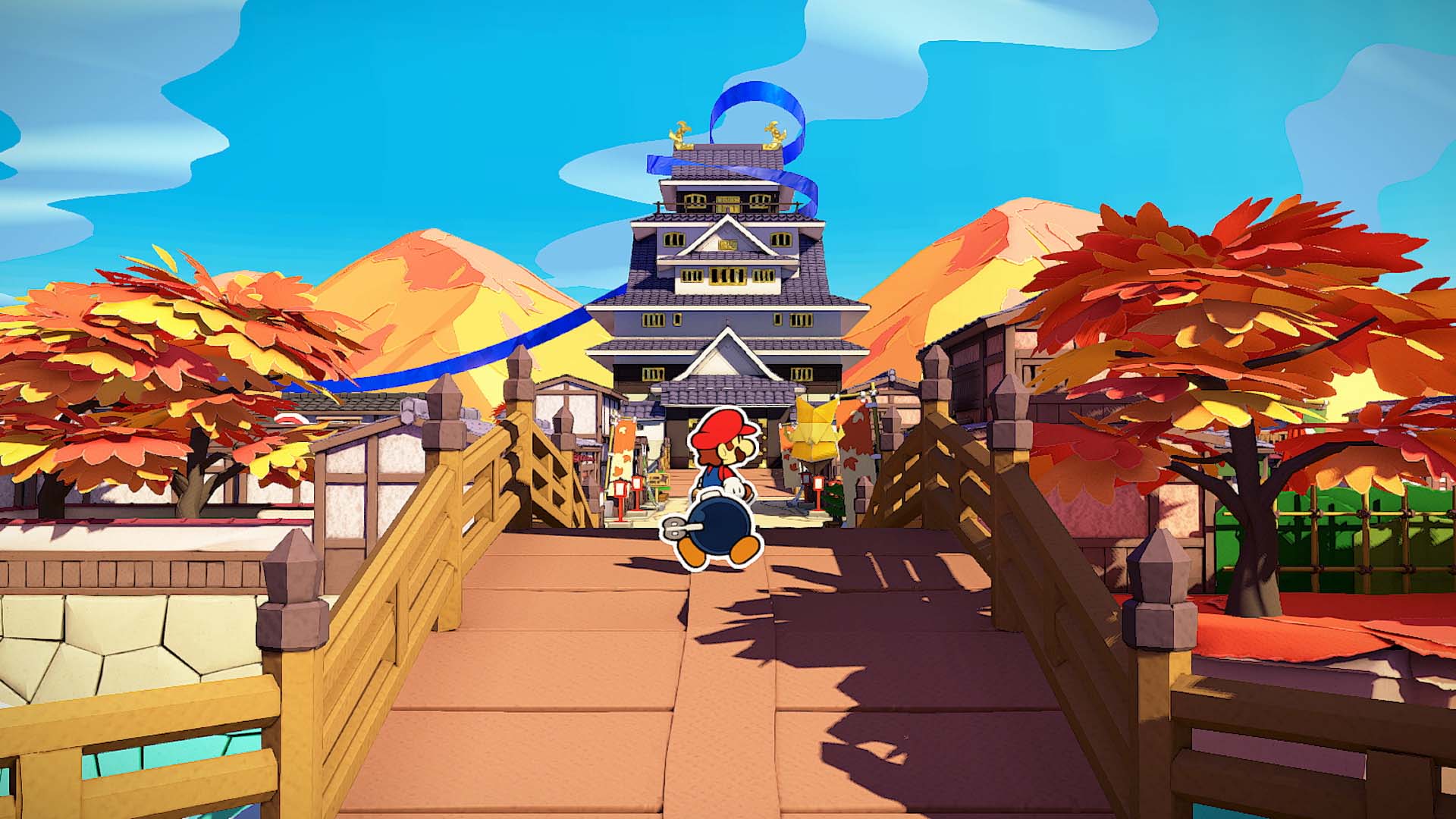 n a new trailer released today, Nintendo peeled back additional layers about the upcoming Paper Mario: The Origami King game, launching on July 17 for the Nintendo Switch family of systems. The trailer can be viewed at the bottom of this page. King Olly has moved Peach’s Castle in his devious plot to fold the world! Luckily, Mario’s ability to wield mighty paper techniques will put a crinkle in those plans. Mario’s journey to untie the massive streamers binding the castle will lead him through vast regions full of surprises. He’ll visit underground sewers, raging rapids, an ancient ruin, a ninja-filled mansion and a lively desert oasis that will quench anyone’s thirst for excitement.

Paper Mario: The Origami King delivers new ring-based battles that require strategy and quick thinking to line up enemies and execute well-timed attacks to maximize damage. It’ll take a sharp mind to determine when to stomp enemies with Mario’s boots, when to whack ‘em with a hammer and when to strategically use items to heal or attack.

A cast of off-the-wall characters adds an extra dimension to the expedition, too. There’s a Bob-omb who’s lost his memory, the Toad professor of ancient history, and Kamek, the Magikoopa who’s always got something up his sleeve. Mario will find assistance along the way from friends like Olivia, the good-natured sister of King Olly, and even Bowser himself. Some of these unlikely allies might help out in a battle when needed! 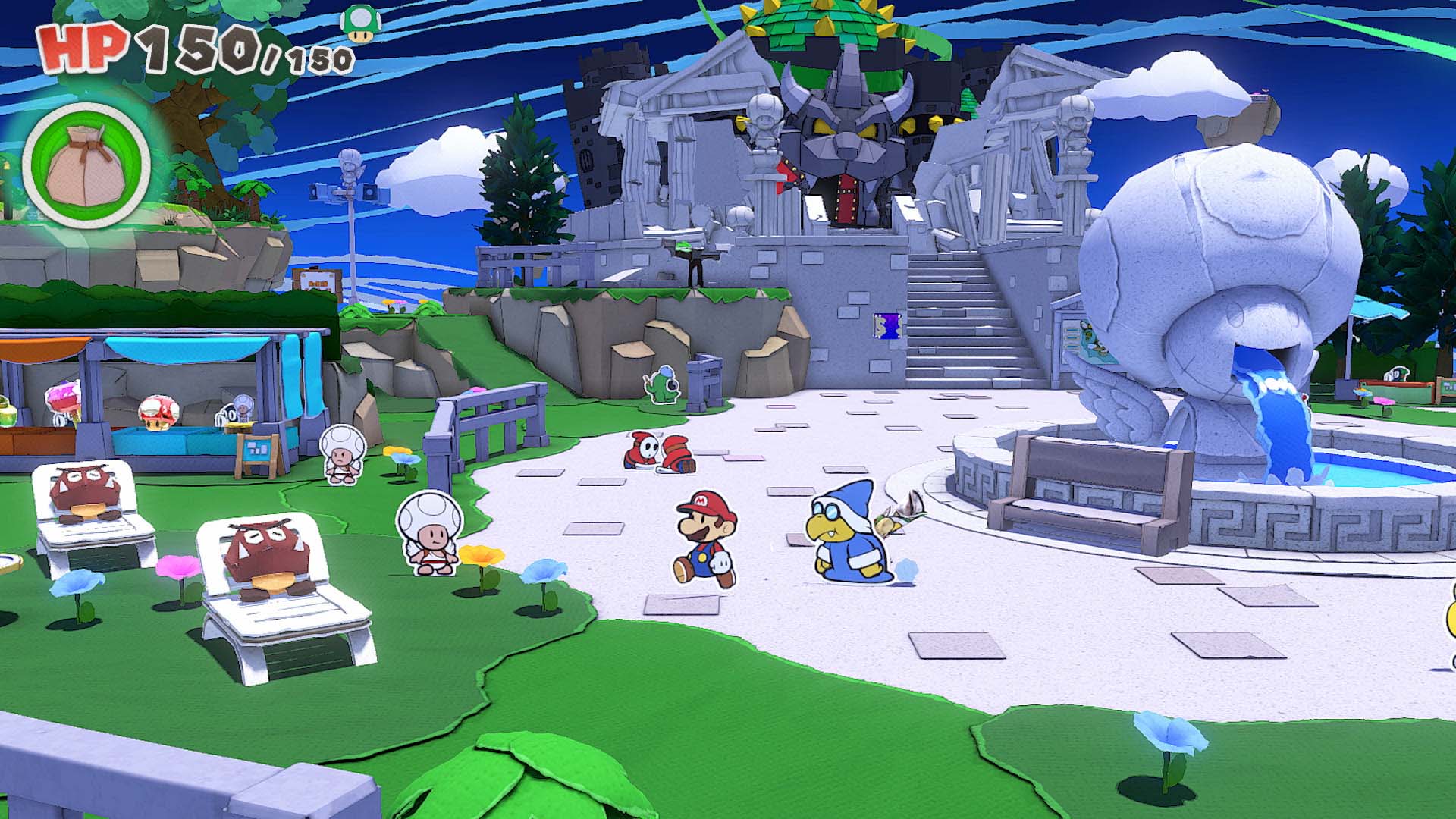 When Mario’s not duking it out in the ring, he can investigate suspicious spots to uncover hidden items, toss confetti to repair holes in the landscape, discover loads of Toads hiding in the scenery, play mini-games to earn in-game rewards, and revel in an abundance of secrets and treasures.

On July 17, join Mario, Olivia and their companions on a comedy-filled adventure as you try to stop the origami menace.