Today, Ubisoft announced that the online mode for Watch Dogs: Legion will be available on 9th March for all owners of the game via a free update for Xbox One, Xbox Series X | S, PlayStation®4, PlayStation®5, the Epic Games Store and Ubisoft Store on Windows PC, Stadia, and Ubisoft+*, Ubisoft’s subscription service. 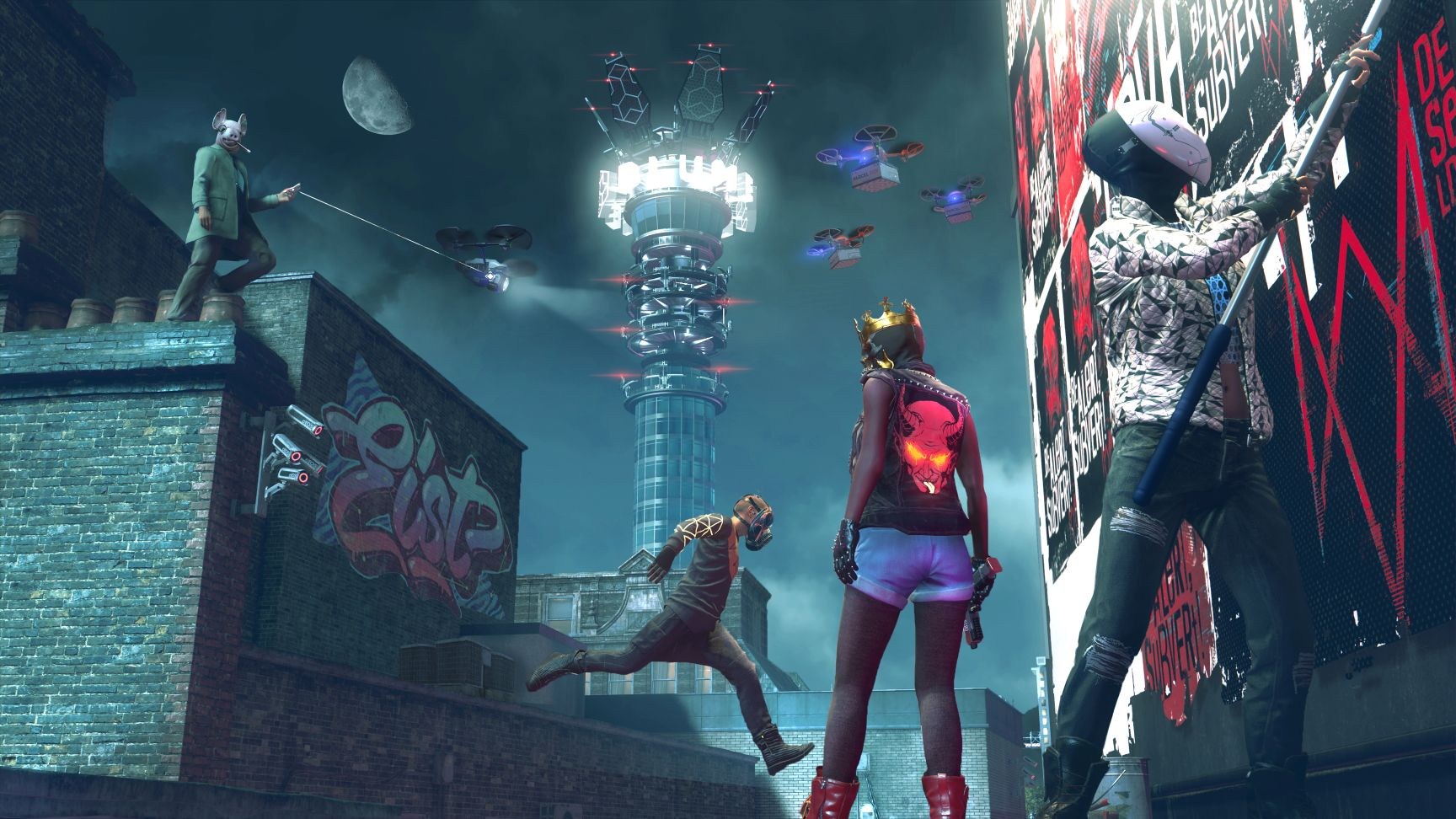 The online mode of Watch Dogs: Legion will include the following features for all players as part of the 9th March free update

Free-roam open-world co-op where players can team up with their friends for up to four-players and explore London, encounter city events, complete challenges and participate in side activities.

New co-op missions for two-to-four players using new co-op gameplay mechanics and giving players the opportunity to recruit the perfect team and fight back against London threats across the most iconic landmarks of the city.

“Leader of the Pack,” the first four-player co-op Tactical Op which will require teamwork and efficiency. It’s made of five interconnected narrative missions which are endgame content, made for players who are seeking a challenge. Players will need to strategise and communicate effectively with their teammates and ensure they have upgraded gadgets and recruited a strong cast of characters.

By completing any online activity, players will earn XP to increase their rank and unlock various rewards such as exclusive cosmetics and influence points to recruit new operatives or upgrade their DedSec gadgets.

Season Pass holders will also have access to two unique single-player missions on 9th March: Guardian Protocol: DedSec tracks an algorithm that could allow AI to override human decisions. If they don’t find it, it could be used to turn weaponized drones into autonomous executioners. Not in Our Name: A secret group is stealing DedSec’s name. Worse, they’re also stealing information so their employer, a ruthless tabloid owner, can use it to blackmail their victims. 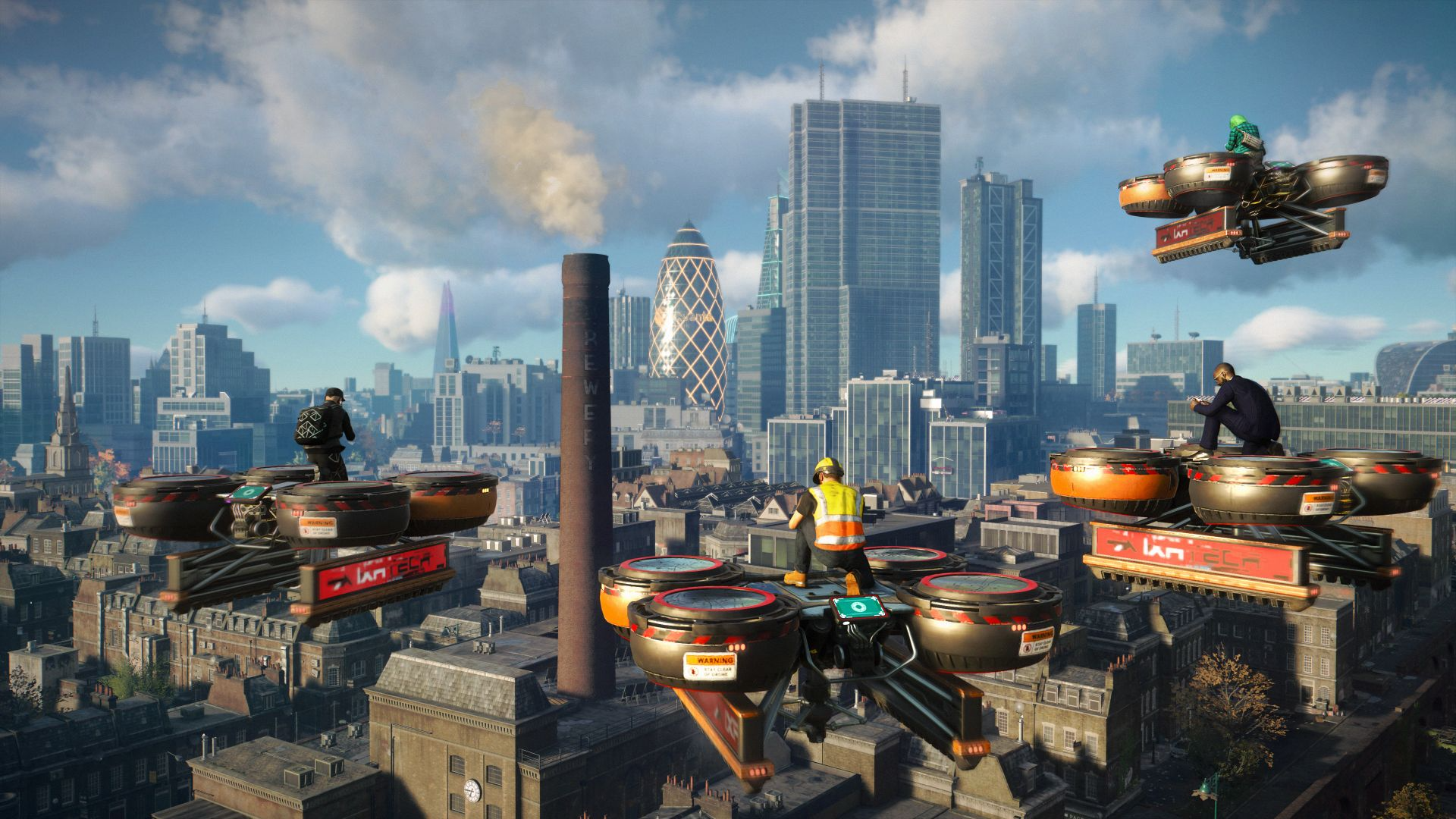 Additionally, as part of Watch Dogs: Legion’s robust post-launch plan in 2021, all players will have access to future free updates such as Invasion PvP mode, all-new co-op missions and free characters. Season Pass owners will also have access later this year to extra DedSec missions, the Watch Dogs: Legion – Bloodline story expansion, new playable heroes such as Mina, a subject of transhuman experiments who possesses the mind control ability; Darcy, a member of the Assassin Order; Aiden Pearce and Wrench from the Watch Dogs franchise. The Season Pass of Watch Dogs: Legion is available for purchase as part of the Gold, Ultimate and Collector editions.

In Watch Dogs: Legion, London is facing its downfall. Amidst the growing unrest of a restless London, an unknown entity named Zero-Day has framed secret underground resistance DedSec for coordinated bombings across London. In the aftermath, criminal opportunists from every corner of London took hold and filled the void left by a defeated government. As a member of DedSec, players will be going up against those criminal opportunists in Watch Dogs: Legion; sadists, mercenaries, cybercriminals, and more; they’ll have to be prepared for a variety of situations. Players must recruit members into their DedSec Resistance to take on these criminal opportunists, liberate London and uncover the identity of Zero-Day.